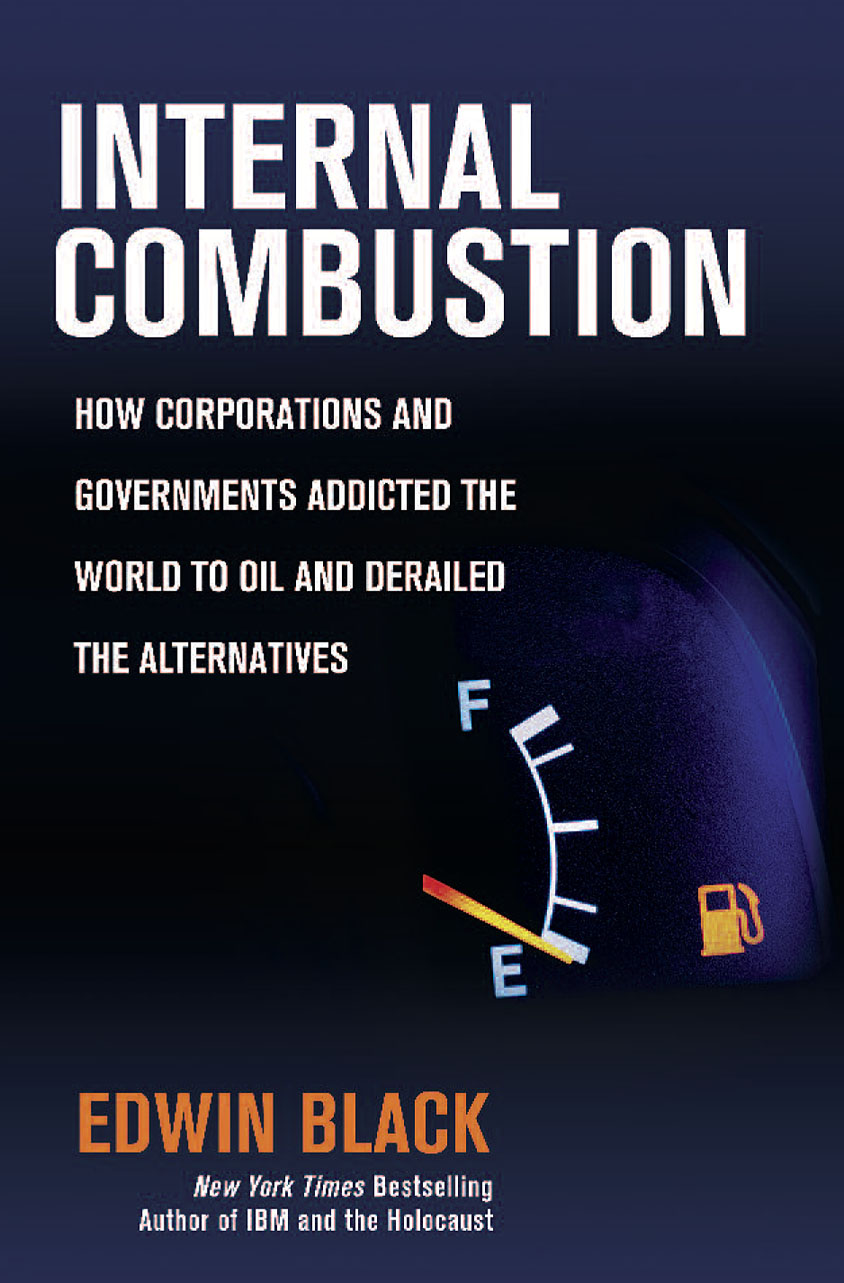 A Century of Lies:
Did we ever need to be on oil?
How we can get off right now.

Explosive. Edwin Black has produced an explosive, eye-opening exposé of the corporate forces that have for more than a century sabotaged the creation of alternative energies and vehicles in order to keep us dependent on oil. There is enough truth in this book to revolutionize our way of life.
– Max Wallace, author, American Axis: Henry Ford, Charles Lindbergh, and the Rise of the Third Reich

Revolutionary! Edwin Black takes off the gloves and reveals the people whose invisible hands have been shaping and controlling energy markets. Internal Combustion describes forces that have brought us to the brink of disaster, and raises a call for a green revolution to restore sanity and regain control over our destiny.
Karl Gawell, executive director, Geothermal Energy Association

Dogged Journalism. Internal Combustion is proof that investigative works can be both illuminating and entertaining; comprehensive and thought-provoking. Through extensive research and dogged journalism, Black has given his readers a portrait of the world's modern energy crisis. From the corporate conspiracies to the political intricacies, Black connects the dots, outlines the history, and underlines the combustive relationship between civilizations and the energy sources they so dearly rely on.
Wendell Rawls, director, Center for Public Integrity

A Page Turner. As usual, Edwin Black puts all his readers in his debt by his lucid, dramatic and thought-provoking discoveries. Internal Combustion is a story that should be read by everyone concerned about the strange realities of our modern world. An indispensable contribution to the story of oil and travel: the twin pillars of our modern dilemma. A true page turner.
Martin Gilbert, author, A History of the Twentieth Century, Churchill: A Life and First World War

Riveting. Edwin Black's Internal Combustion provides a riveting, well researched, technically on-target, no-holds barred revelation of the factors that have brought us to today's crisis point--the world's reliance on oil. His compelling narrative detailing the evolution of what has become today's global dilemma is a must-read for the technically savvy as well as for the layman.
Melvin I. Olken, Editor-in-Chief, IEEE Power & Energy Magazine

Vivid & Fascinating. With over 95 percent of our transportation energy being based on petroleum, oil underlies every aspect of our lives and our growing dependence on it is a clear and present danger to our national security. Edwin Black's Internal Combustion presents a vivid and fascinating narrative on how we got to where we are today. It is a must read for anyone who wants to delve into the roots of our national addiction.
Gal Luft, executive director, Institute for the Analysis of Global Security; co-chair, Set America Free Coalition

Prodigious Research, Ugly Truth. Conventional wisdom says that Americans addicted themselves to oil and that the free market gives people the energy sources and technologies they most desire. Edwin Black proves that the truth is uglier. Based on prodigious research deep into the historical record, Black demonstrates that power-hungry despots, avaricious monopolists, and bottom-line obsessed corporate oligarchs have long done their best to control where we get our energy and how we use it. To better understand how we got where we are today and how we can make better energy choices in the future, read this page-turner.
David Farber, author, Sloan Rules: Alfred P. Sloan and the Triumph of General Motors

Read the original Chapter One: “The Red Devil.”

Winner: Harmony Green Globe Award for Best Book of the Year to Rescue the Environ­ment, 2007 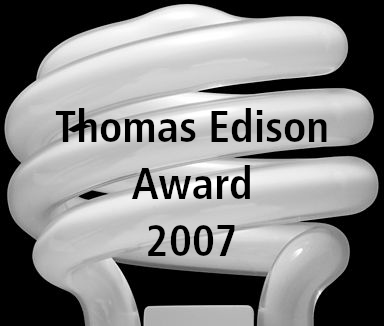 Internal Combustion is available from Amazon, Amazon-CA, Amazon-UK, B&N, and other fine booksellers worldwide. Investigative journalist and historian Edwin Black is the author of Banking on Baghdad, BP and the Redline Agreement, The Farhud, Financing the Flames, IBM and the Holocaust, Internal Combustion, Nazi Nexus, The Plan, The Transfer Agreement, War Against the Weak, and a 1999 novel, Format C: